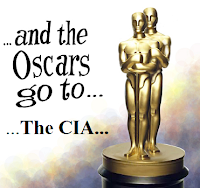 2013 Academy Award Nominations: “And the Winner is … The CIA”

The Oscars: Extraordinary and glaring contradictions


"This year’s Academy Award nominations were announced Thursday morning during a media event at the Samuel Goldwyn Theater in Beverly Hills, California.

The award ceremony itself will take place February 24 at the Dolby Theater in Hollywood.

In 2012 the American film industry presented an extraordinary contradiction, between those showing an interest in social life and history, on the one hand, and those eagerly endorsing the “dark side” of imperialist policy, on the other.

In their own inimitably muddle-headed fashion, the Oscar nominations reflect this divide.

...Zero Dark Thirty, Kathryn Bigelow’s quasi-fascistic glorification of the role played by the CIA in the so-called “war on terror,” which was tapped for five awards.

And Argo, another tribute to the CIA, directed by Ben Affleck, this one concerning the Iran hostage crisis of 1979-80, which was named for seven possible awards.

Opposed groupings and factions within the film industry may back the different works, but it doesn’t take any stretch of the imagination to suppose that a fairly representative figure in contemporary Hollywood might well favor both Lincoln and, say, Bigelow’s deplorable film. The degree of bewilderment, willful or otherwise, about both artistic and political matters is that great.

The nominations overall demonstrated an effort to cover every possible base.

Life of Pi, a murky, semi-religious ode to the little things in life, which also preaches ethnic and religious tolerance, won eleven nominations, second most to Lincoln.

One of David O. Russell’s weaker films, Silver Linings Playbook, about a semi-dysfunctional working class couple in Philadelphia, one of this year’s official “tributes to the human spirit,” was nominated in eight categories.

Also receiving recognition, somewhat surprisingly, were the independent Beasts of the Southern Wild, a poetical consideration of post-Katrina Louisiana (four nominations), and Austrian filmmaker Michael Haneke’s Amour, about an elderly couple confronting disease and the approach of death (five nominations). The interesting Searching for Sugar Man was nominated in the best documentary feature category.


The Academy Awards process is always a peculiar one.
The combination of confusion, liberal good intentions, semi-philistinism, self-congratulation and political blindness is a particular expression, refracted through the peculiarities of the entertainment business, of the thinking and feeling of sections of the better-paid professional middle classes in America.

This is not the best crowd, and it is not the worst.
To the extent that such people, including of course Spielberg himself, remain in thrall to the Democratic Party and Barack Obama, they are both politically and artistically limited.
The subordination to the Democrats speaks to and ensures their distance from the concerns and needs of the overwhelming majority of the working population.

Insulated from the economic hardships facing tens of millions and all too ignorant of history and the social process, prominent figures in the film world tend to accept the view self-servingly advanced by the media that the mass of the American people is backward and conservative.
To a shameful extent they cower before the right-wing media, terrified of being attacked as “un-American” and unpatriotic.

This is bound up with the ongoing consequences of the anti-communist purges of the 1950s, which still haunt Hollywood. The most “radical” and “controversial” work today remains firmly within the framework of an acceptance of the present social and economic order.

Events will help clarify the best elements in filmmaking. One can even imagine a day when considerable numbers in Hollywood may be able to distinguish between a work that celebrates the cause of human liberation and one that identifies with its bitterest and most murderous enemies." 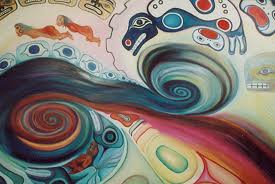 Posted by Ad Humanitatem at 2:18 PM 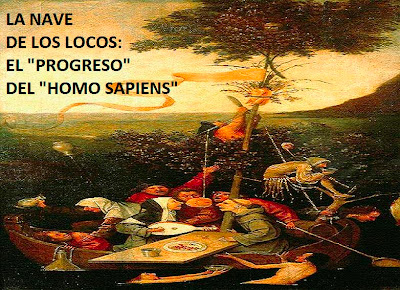 Posted by Ad Humanitatem at 1:30 AM